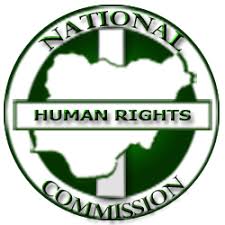 1.0 As a response to the covid-19 pandemic, the federal and state governments in Nigeria have put in place several measures including covid-19 Regulations 2020 and other Directives to cope with the pandemic. The Regulations and Directives also empowered the security agencies to ensure compliance and enforcement of the stay-at-home order following the lockdown. Given its mandate for the promotion and protection of human rights, the National Human Rights Commission on 30th March, issued Advisory to security agencies to respect human rights in the enforcement of Covid-19 Regulations.

This was followed by a Directive to staff of the Commission, CSOs and members of the Public on 31st March to document and report to the commission, any security agents violating human rights in their law enforcement duties while enforcing covid-19 regulations. Hotlines were also circulated by the Commission to put this into effect. Security agencies were reminded to carry out the enforcement exercise in line with national human rights laws as well as international best practices to ensure that the rights of Nigerians are not unduly violated in the course of carrying out their law enforcement mandate.

The Commission is happy to report that many members of the public actually placed calls and sent videos in response to the call to join hands with the Commission to monitor human rights violations during the covid-19 lockdown period. This report therefore documents the various incidents of human rights violations allegedly perpetrated by security agencies and Sexual and Gender Based Violence (SGBV) by other actors during the initial lockdown period commencing from 30th March, 2020 to 13th April, 2020. It also documents the various thematic areas in which the violations occurred, the nature of the violations, the disaggregated data on states where violations were reported, the agencies of Government responsible for the violations as well as the response/action taken to remedy the violations.

2.1 Out of 105 complaints/incidents of human rights violation received and documented within the initial lock down period, Lagos State has the highest recorded cases with 28 incidents. This is followed by the FCT, Abuja which has 10 recorded cases.

3.1 The report shows that complaints of human rights violations were received and documented in the following thematic areas: extra-judicial killings, violation of right to freedom of movement, unlawful arrest and detention, seizure/confiscation of properties, sexual and gender based violence (SGBV), discrimination, torture, inhumane and degrading treatment and extortion.

3.2 There were 8 documented incidents of extra-judicial killing leading to 18 deaths. Out of this number, 12 deaths were recorded in Kaduna State. Abia State also recorded 2 deaths arising from 2 incidents; while Delta, Niger, Ebonyi and Katsina States recorded 1 death each. Whereas covid-19 has led to the death of about 11 patients to date (14/4/20), law enforcement agents have extrajudicially executed 18 persons to enforce the regulations. This speaks volumes of the protocols and rules of engagement for our law enforcement as well the efficiency level and capacity of law enforcement agents to deal with civil population. It’s a sheer display of impunity and reckless disregard for human life in law enforcement by security personnel.

3.4 Other types of violations recorded within the period include 33 incidents of torture, inhumane and degrading treatment, 27 incidents of violation of right to freedom of movement, unlawful arrest and detention, 19 incidents of seizure/confiscation of properties, 13 incidents of extortion, 4 incidents of SGBV, and 1 incident of discrimination in the distribution of food items.

3.6 The report further finds that the various human rights violations recorded during the period arose as a result of excessive or disproportionate use of force, abuse of power, corruption and none adherence to international and national human rights laws and best practices by law enforcement agents.

The Commission in collaboration with Open society Initiative for West Africa (OSIWA), The UK Department of Foreign Investment and Development (DFID), The Shehu Musa Yar’Adua Foundation and the Switzerland Embassy have developed an App for the electronic monitoring, documentation and reporting of human rights violations including SGBV. Accordingly, the Commission will be updating Nigerians with the state of human rights violations and SGBV during covid-19 pandemic on weekly basis throughout the period of the lockdown.